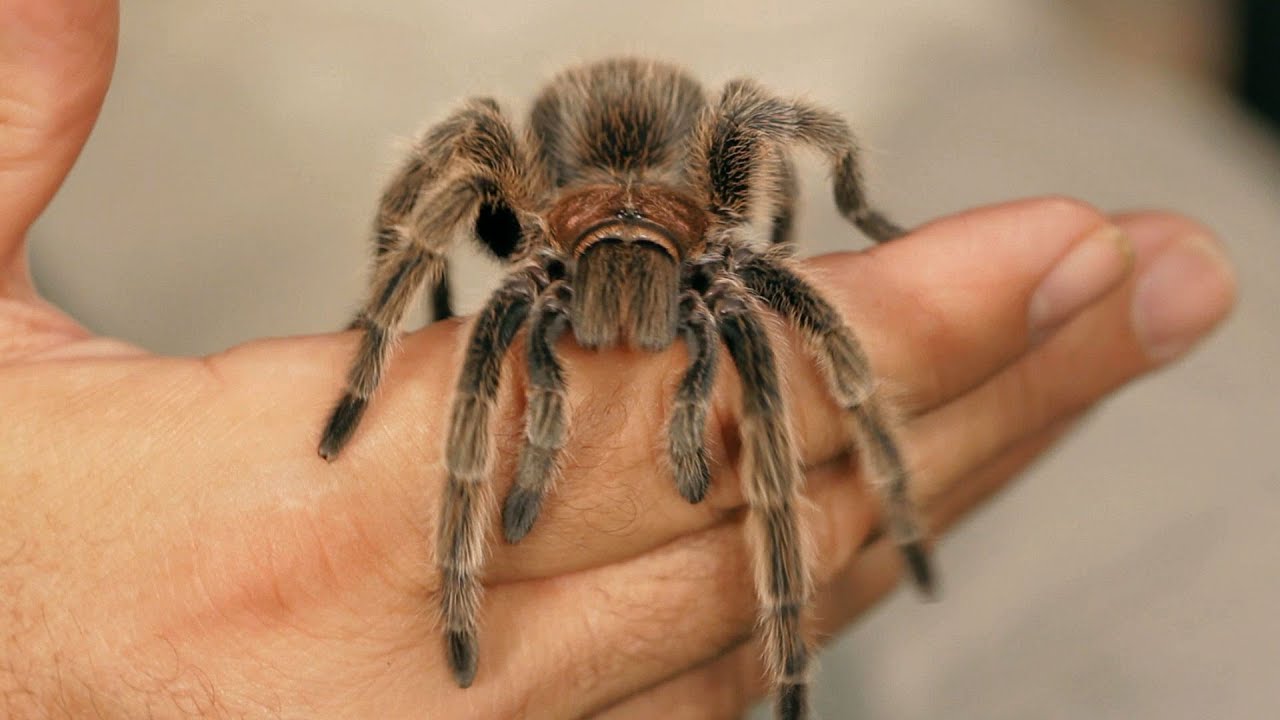 
Watch more How to Take Care of a Pet Tarantula or Scorpion videos: http://www.howcast.com/videos/514065-6-Rose-Hair-Tarantula-Facts-and-Care-Tips-Pet-Tarantulas

The rose hair tarantula is a native of the country of Chile, that little skinny country in South America. That’s where you’ll find these guys, inhabiting the forests down there. But they’ve been very, very popular in the pet world for many, many years now, if not decades, because of their extremely docile nature. All tarantulas can deliver a venomous bite, but no tarantulas really have a venom that’s powerful enough to kill a human being, the exception being, of course, if you’re allergic to it.

So, rose hairs we use quite often in our company. We use them in birthday parties with small children, any kind of event where someone wants to experience a spider. Rose hairs usually get the call for that gig, because they’re just extremely calm. They’re not interested in biting anything but their prey, which is predominantly insects. They get their name, of course, because of that beautiful pinkish hue to them. They don’t get overly large. Four or five inches might be a large female, but that’s about it, so a simple terrarium setup, a ten-gallon tank with a burrow, a couple places to hide, a small water dish with a sponge on it for them to drink off of.

They don’t really need much in the way of heat. If they’re at a nice room temperature in the 70s, they’re good to go. And they can be handled and taken out and interfaced with, which, for the uninitiated, freaks people out. Tarantulas are becoming more and more popular as pets throughout the United States because of the easy nature of how they can be handled. Not all of them are as handle-able as this.

The rose hair is at the top of our list. This is an animal I was just handed today. I’ve never even met it before, but I know them well enough that I could just reach over and grab this animal by the back and turn him over on his back and he will be fine, not trying to bite me with even that kind of rough handling. Sorry, man. I didn’t mean to do that to you. But he is that calm of an animal. Most other spiders would have tried to take a gauge out of me by that point. So, the rose hair tarantulas are high on the list. If there’s a knock about them in terms of captive keeping, it’s due to the fact that they’re sometimes stubborn eaters. There are other handle-able tarantulas in the world, for sure, in our pet world that are much better eaters than the rose hair, but that’s about the only negative thing I could say. They’re certainly high on our list here. We love the rosies, the rose hair tarantula from Central America.

How to Brush Your Hair

How to Add Fruit to Jello

How to Keep Broccoli Fresh

How to Treat Tinnitus

How to Fix a Broken Friendship

How to Get Rid of Boxelder Bugs Outside

How to Make a Photo Frame

How to Remove Stains from Clothing

How to Make a Pop Up Card

How to Clean Your Dog’s Ears