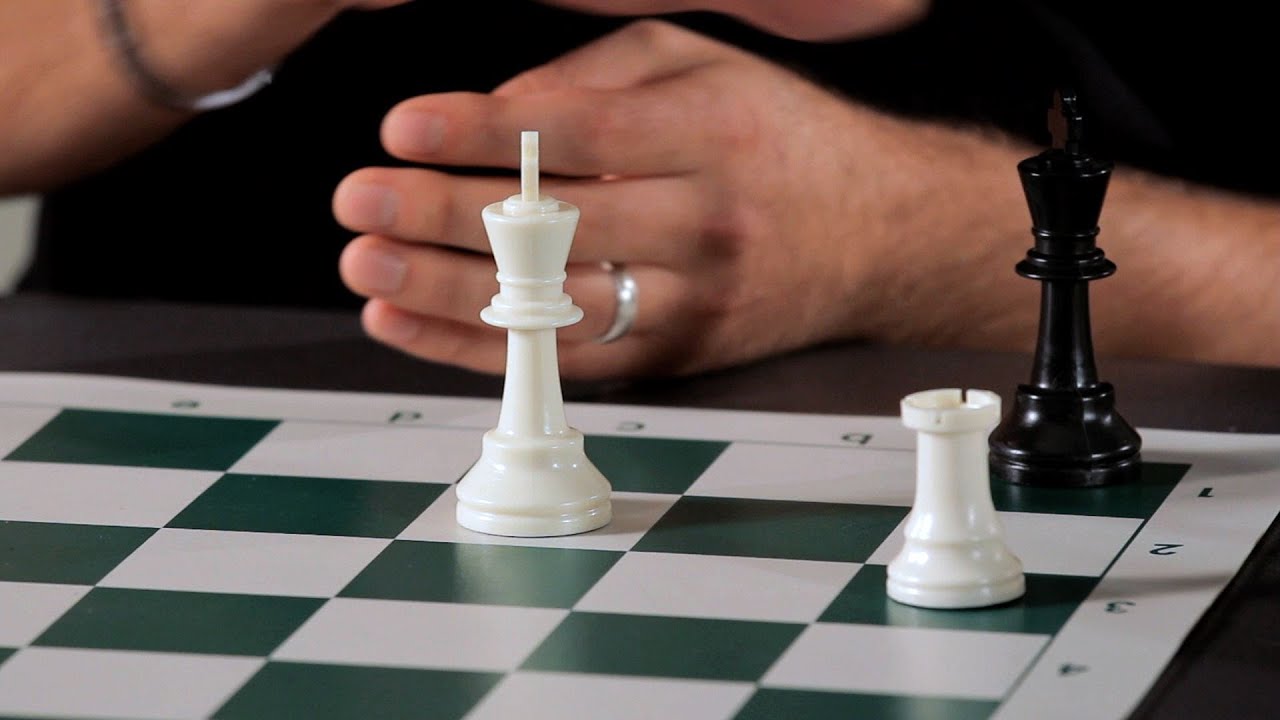 Hi. Coach Russ, here, with Chess NYC and we’re going to look at the king
and rook checkmate. When looking at this position, it is actually
impossible to create a position where the king and the rook checkmate the
king in the center of the board.

The H file, the first rank, the A file or the eighth rank. And once the
opponent’s king is on one of these sides of the board, it’s possible for
the king and the rook to checkmate the king.

Now, let’s look at an ending position. In a position such as this, the
opponent’s king is on the side of the board and now it is possible for
white to execute a checkmate. In this particular position, the white’s
king has created something called opposition. Opposition, meaning the
white’s king controls all three of the escape squares of the opponent’s
king in front of the king. The white’s king controls F7, E7, and D7.
Therefore if the white’s king was able to execute a check, it would leave
no other option for the king, but checkmate. White can simply play, rook
goes down to A8, check on the king. And due to the opposition and the
white king controlling F7, E7, and D7, all three squares in front of the
king, this is simply a checkmate.

Now, how do we force the opponent’s king to one of the four sides? We are
going to try to improve the position where the space of the king and the
rook versus the king. And first and foremost, we would always like to
improve the position of the rook first or take more space.

So in looking at this position as a starting position, where can white’s
rook go to improve its position to the maximum amount and control the most
space? In this position, white’s rook is simply going to position C6. In
this position, as you can notice, it controls the whole C file and the
sixth rank giving black’s king only this area to maneuver.

And now we have to ask ourselves, can we improve the position with the
rook? Answer is yes, we can take more space. Once again, king comes down
and we ask ourselves again, can the rook improve the position? The answer
is no. There’s no where this rook can go to take more space. So, the king
comes down and once again, the king takes space. King’s only move is to go
up. And now we’re in a situation where we need to begin to calculate.

We’ve gotten the king in very close quarters and we have to execute a
checkmate. The king went up. Can we improve the position with the rook?
And the answer is no. W

How to Cancel an LA Fitness Membership

How to Get an Egg Into a Bottle

How to Train Your Body

How to Wax Your Armpits

How to Do Lower Body Isolation Moves | Sexy Dance Moves

Break The Hypnotic Code Of Reptilians Fast! How To See & Spot Them