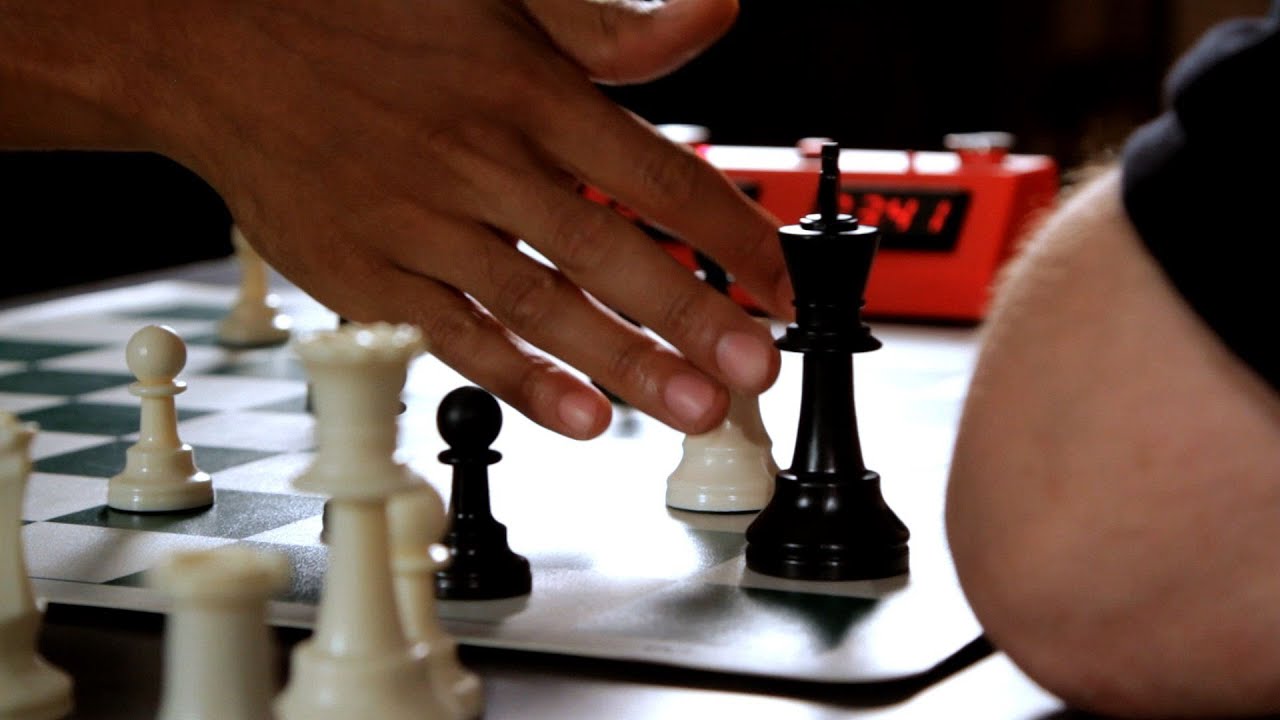 Hi, this is Coach Jeremy, I’m here to talk about chess etiquette. Now, there’s different kind of chess environments, I guess you could say, if you’re playing for money in the park, maybe that’s a little different than being in a scholastic chess tournament. If you’re playing online, maybe that’s also a little bit different, but in general it’s good to be nice. Don’t rub it in your opponent’s face if you win the game.

Maybe politely suggest where your opponent went wrong and discuss the game with your opponent in a polite, cordial manner. It’s also good to abide by the same standards that you expect from your opponent. For example, don’t insist on touch move for your opponent if you’re not gonna abide by touch move yourself, or maybe in a casual game maybe it’s alright that both players take back the moves.

That’s something that would be agreed upon by the two players, but in general be fair, be courteous and, you know, if you’re joking around with your friends maybe a little trash talk is okay, but that’s not recommended when you’re playing somebody for the first time and not recommended when you’re playing in a tournament environment. If you really wanna think about chess etiquette and all of its aspects, I would recommend “The Morals of Chess” by Benjamin Franklin, actually. He goes over in great detail, in, in stellar accuracy, exactly what a good chess competitor should do in the way of etiquette.

How to Smile in Modeling Photos | Modeling

How to Do the Texas Two-Step Dance

How To Make A Flower Brooch – DIY Crafts Tutorial – Guidecentral

How to Make Brown from Primary Colors