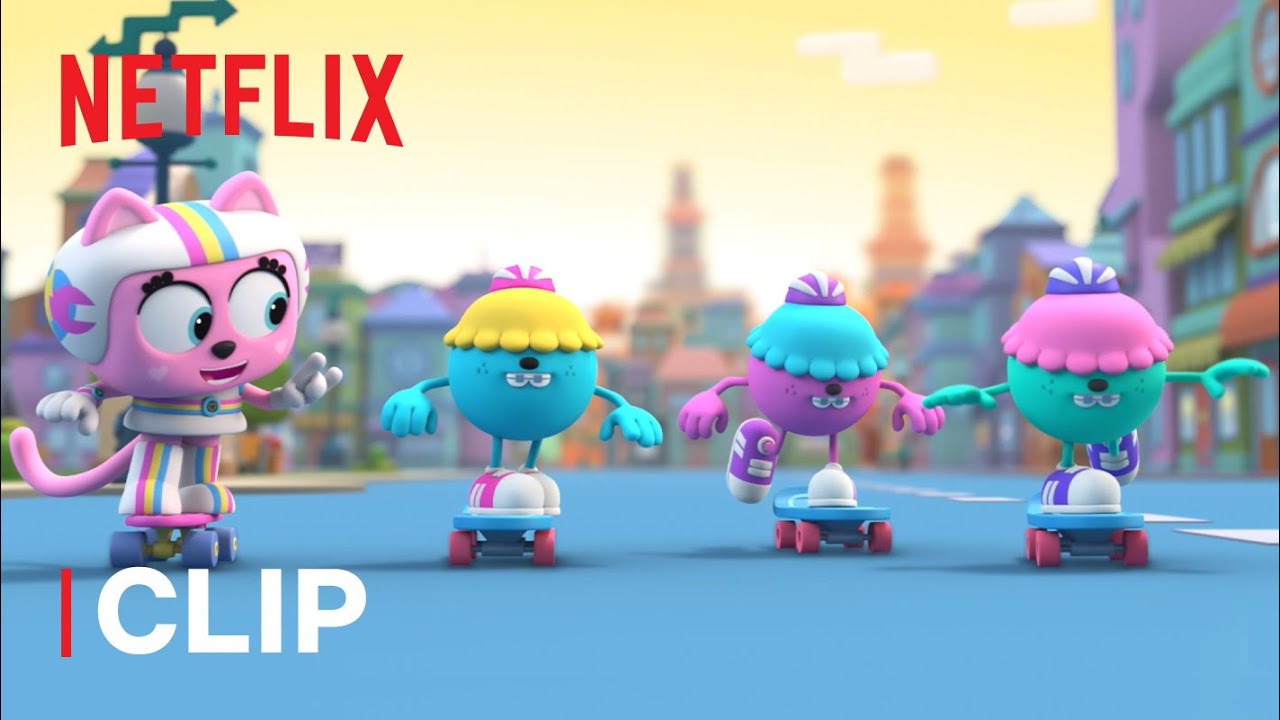 A trio of skateboarding hamsters ride their boards around City Hall leaving huge, dark marks all across the property. To make matters worse, the mayor says an annual cleanliness inspection is about to take place, so the gnarly skaters must be gone immediately! How will Chico and the Fix-It Force convince these too-cool-for-school fuzzballs to peace out? Chico Bon Bon: Monkey with a Tool Belt is now streaming on Netflix!

About Netflix Jr.:
Welcome to the official Netflix Jr. channel! Where kids can learn, sing and play with their favorite Netflix characters – from StoryBots to Super Monsters and everyone in between.

About Netflix:
Netflix is the world’s leading streaming entertainment service with 193 million paid memberships in over 190 countries enjoying TV series, documentaries and feature films across a wide variety of genres and languages. Members can watch as much as they want, anytime, anywhere, on any internet-connected screen. Members can play, pause and resume watching, all without commercials or commitments.

Netflix Haunts Your House: How it Works | Netflix Jr

Sing Along to All Songs in Over the Moon! ? Netflix Jr