How to Calculate Outs | Poker Tutorials 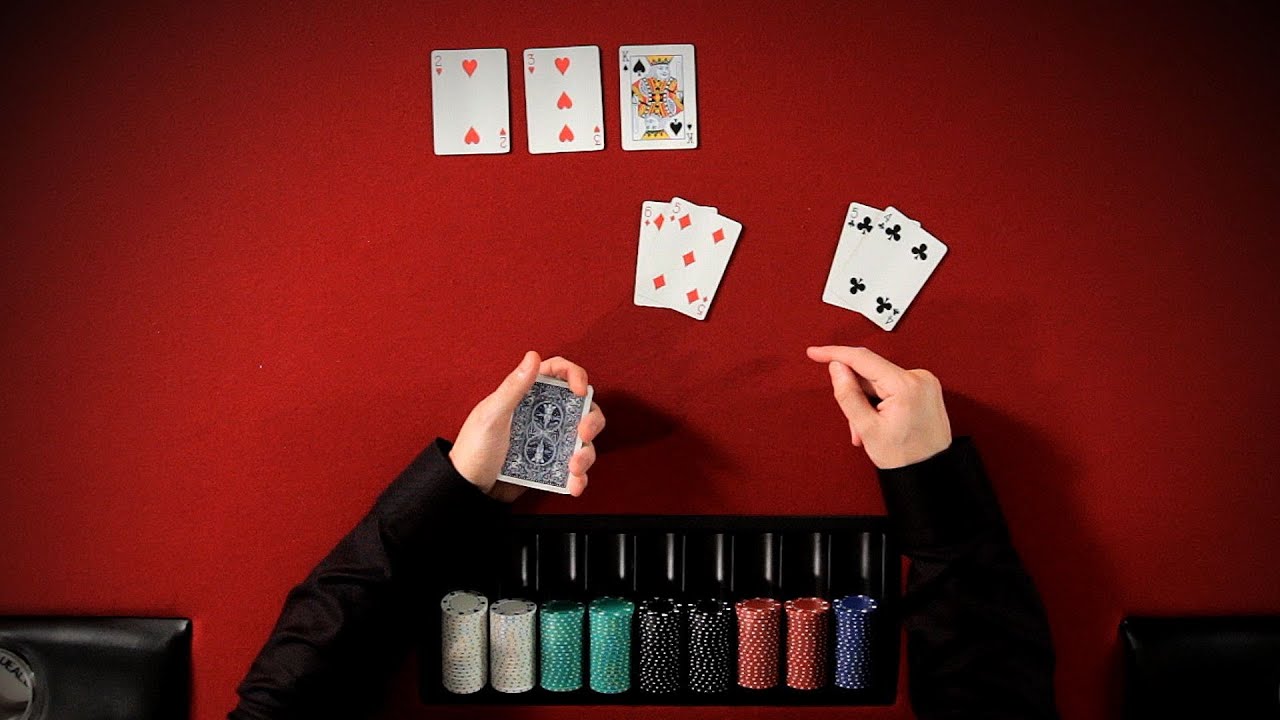 Learn to Play Poker in no time: https://www.youtube.com/playlist?list=PLLALQuK1NDrh8fn1zxL3e8i_fjYi0e_0_

Our poker tutorial is a great way to learn the card game loved by millions.

Hey, I’m professional poker player Nicky Numbers, and today I’m going to talk to you about outs. An out is a term in poker that’s used to describe a card that you can hit that will improve your hand. Let’s dig right into it and look at some examples.

Let’s say you’re on a flop: deuce, three, king with two hearts. Depending on the hand you have, that will drastically affect how many outs you have. Let’s say we have five, six of diamonds. So we do not have a flush draw. However, if we hit a four, then we will make a straight: deuce, three, four, five, six. How many fours are there in the deck? Well, there are 4 fours in the deck, which means that we have four outs. There are 4 cards that can come that will improve our hand to one that we’re going to comfortably take to showdown. In this case a straight is a very strong hand. If we had four, five instead of five, six, then we would have what is known as an open-ended straight draw, which means we could hit one of 4 cards on the top of the straight and one of 4 cards on the bottom of the straight. In this case we have a draw of deuce, three, four, five, which means we can hit any one of the 4 sixes or any one of the 4 aces in the deck to make a straight. That contrasts drastically to the six, five which was just a gutshot straight draw and only had 4 outs. An open-ended straight draw has twice as many outs as a gutshot straight draw.

With ace, seven of hearts, we have a flush draw. There are 13 cards of any suit in the deck. Two of them are on the board, and 2 of them are in your hand. That means there’s only 9 hearts left in the deck, which is to say that there are 9 cards that can come that will give you a flush. In other words, you have 9 outs. With king, ten of hearts, it’s a very interesting hand because not only do you have hearts for a flush draw, but you also have a pair with king. A pair and a flush draw is a powerful combination draw. We have 9 hearts in the deck that can make us a flush. However, we also have 2 kings in the deck that can make us three of a kind as well as 3 tens in the deck which could make us 2 pair. So 9 hearts, plus 3 tens, plus 2 kings gives us 14 outs. Anytime you have 12 outs or more to make a strong hand, that’s an enormous amount of outs, and you should think of yourself as having a really strong holding. You should rarely fold on the flop if you flop 12 outs or more. Eight or 9 outs is a very solid draw, and that’s typically what people mean when they’re referring to a draw. However, the more outs you have, the more likely you are to win the hand. The more likely you are to win the hand, the less likely you should be to fold.

The last example here is four, five. Four, five of hearts has an open-ended straight draw as well as a flush draw. So there’s 9 outs to make a flush as well as 8 outs to make a straight. However, 2 of those outs that make a straight, the ace of hearts and the six of hearts, also make a flush, which means that those outs can’t be double counted. So instead of having 9 outs and 8 outs, we actually have 9 outs and 6 outs for a total of 15 outs. When you flop a straight draw and a flush draw with 15 outs, that’s a monster hand. In fact, when I go to bed at night and I dream about no-limit holdem, these are the kinds of flops that I see.

How to Find a Lost Television Remote

How to Play Battleship

How To Side Dress Corn | The Home Depot

How to Remove a Coffee Stain from Clothes

How to Do a Windmill | Abs Workout

How to Become a Fashion Buyer

How to Unclog a Kitchen Sink

How To Make A Bracelet With Beads – DIY Style Tutorial – Guidecentral