How to Help an Overweight Rabbit | Pet Rabbits 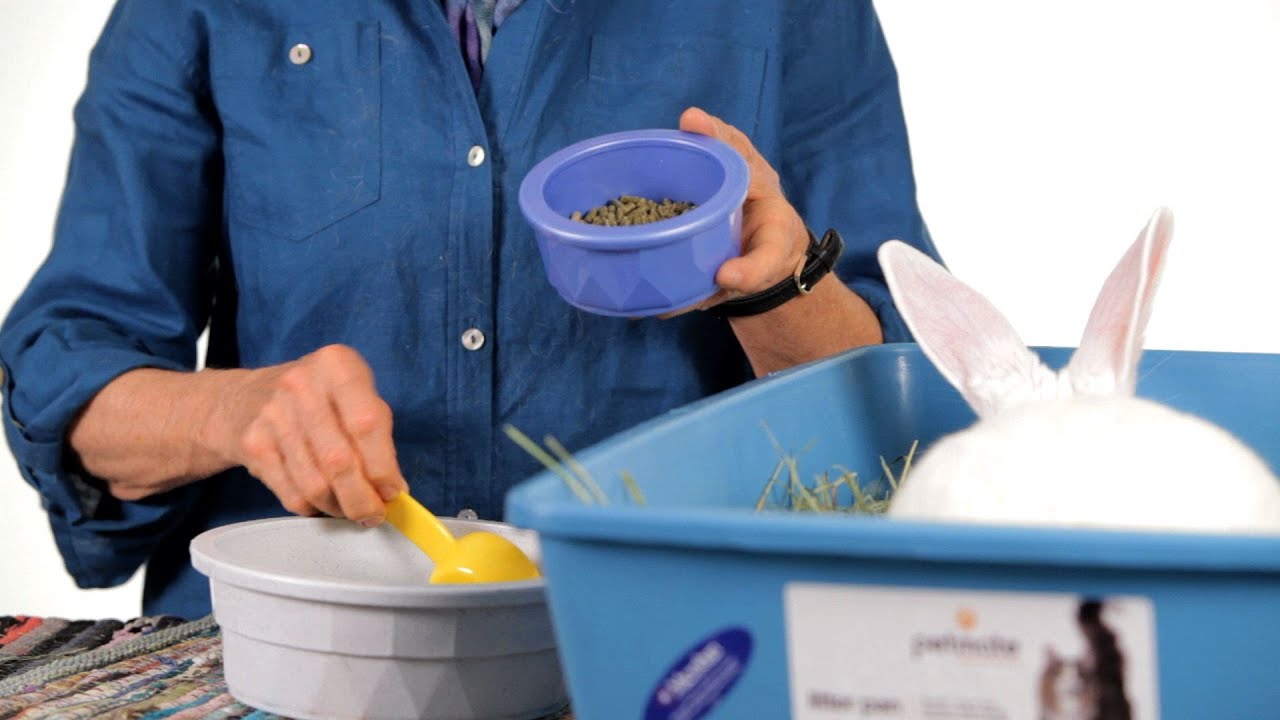 So this is Blanche, she’s a breed of rabbit. This breed is New Zealand White. They’re one of the nicest breeds you can work with, they’re known among rabbit-rescuers as the Golden Retriever of the rabbit world because they’re so friendly and outgoing and just fun company. They’re goofy, they’re really entertaining, they have a good sense of humor, they’re great rabbits.

One thing you worry about with a big breed of rabbit is these rabbits were bred to develop quickly and put weight on quickly. Not only these rabbits, but other big breeds too. So you want to be very, very careful about feeding them. Rabbits should have an extremely high fiber diet and for that we like hay. If we have fresh grass that wasn’t contaminated with the urine of species like raccoons, they carry roundworm that is lethal to rabbits, if we have that kind of fresh grass it would be great. We don’t in urban areas, so we generally order our hay online and we get beautiful fresh, green hay. Very good high fiber for rabbits and that will help keep the rabbit from becoming obese.

The problem with rabbits is that they’re very cute. And they stand on their hind legs and they beg and they do cute tricks and you’re always wanting to give them a treat because it’s fun, it’s entertaining. The more treats you give a rabbit, the more you’re going to help that rabbit become obese.

There are a few reasons to avoid obesity in a rabbit. They’re just joining us, the rest of the United States, we’re doing this in the United States and everybody knows we’re a fat country and we’re making our pets fat, too. We want to avoid that. Good reasons for avoiding that in rabbits are many. One of them is that rabbits are prodigious self-groomers and they will keep themselves immaculately clean as long as they can. But if you allow a rabbit to develop the equivalent of a big beer-belly, the rabbit can no longer reach down and clean herself adequately and they you’ll end up with a dirty bum. You’ll have to be bathing her, giving her butt baths, etc, etc.

An obese rabbit is also a rabbit who is resting her hock bones on very thin skin and the more weight she has on her body, the more pressure that bone is exerting on the skin and that can create sore or ulcerated hocks.

Obese rabbits don’t move as readily, they’re much more sluggish, they don’t exercise as much and they lose the benefits of exercising. So all told, obese rabbits can face the same kinds of problems as obese humans, except that we don’t clean our butts the same way rabbits do.

So what do we do when we feed rabbits to prevent obesity? Besides giving them a high fiber diet, which is hay, hay,hay, we also give them only very small quantities of rabbit pellets. What I like to do is to measure the quantity and here I have just basic rabbit pellets in a bowl and I pick a scoop, this is a quarter of a cup scoop, and when I feed my foster rabbits every day, I measure it out carefully, I don’t guesstimate, I don’t use a handful because my hands are bigger than some other peoples’ and I would get too many pellets. And I put a quarter cup of pellets in a bowl and this will do a rabbit up to five pounds very nicely. Quarter of a cup per five pounds of body weight per day. When a rabbits weight is above five pounds, you can add a little more. This rabbit could get a third of a cup of pellets per day. A ten pound rabbit could get a half a cup of pellets per day. If you only have one scoop, you put a quarter of a scoop in and then just take a little more, like this, and add it on top. And that would be a good daily portion for this rabbit.

How to Make Simple Small Electromagnetic DC Motor Without Magnet

How to Make A iPhone 8 with Cardboard | DIY Apple iPhone

How to Move the iPad Keyboard | Mac Basics

How to Build a Fence | The Home Depot

How to Make Your Own Multipurpose Cleaner