How to Storyboard Your Animation | Stop Motion 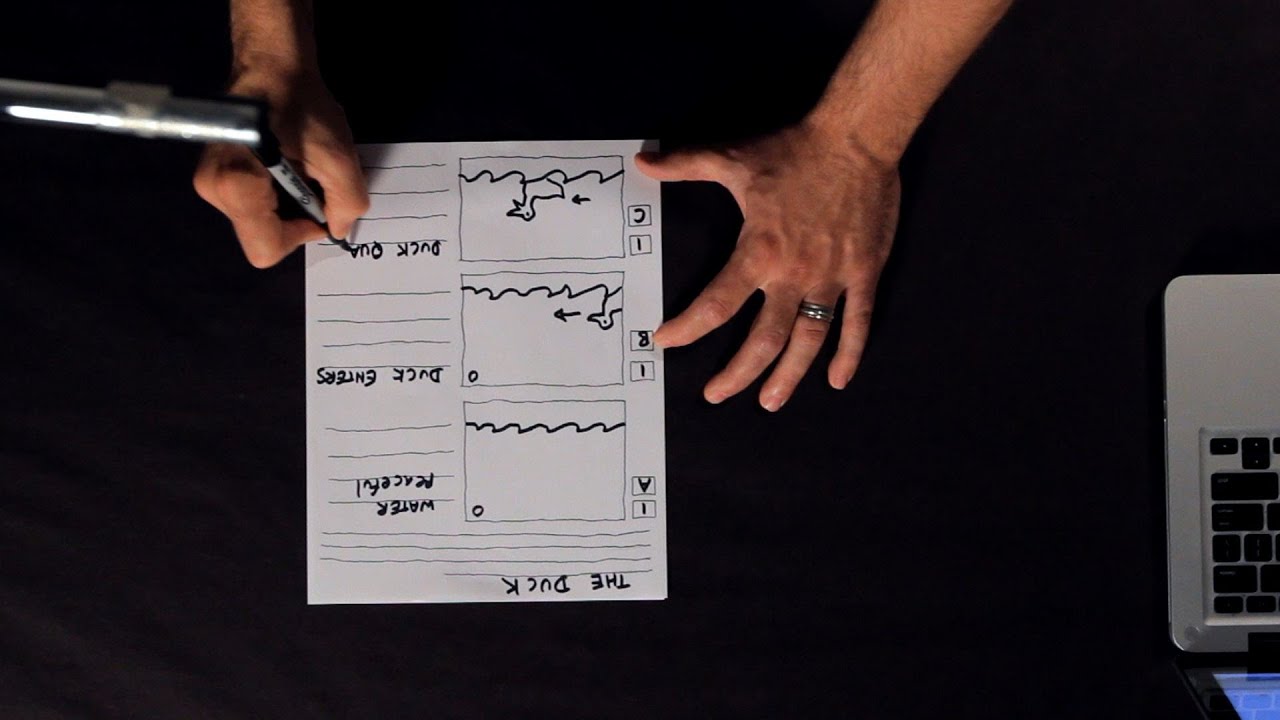 So you don’t always have to make a plan when you’re creating a stop motion animation, but it’s a pretty good idea to go in with a plan. And one way to plan is by creating a storyboard. Many film directors use storyboards, and they use different styles of storyboards. what a storyboard basically is is a piece of paper with panels drawn out. They represent a frame or a shot of your film, and there can be any amount of space for you to take notes as the director. How much you draw in your panel, how many notes you take, is up to you.

You’re the one planning the film. It doesn’t have to be a perfect, beautiful masterpiece. What it has to be is a clear map, a way for you to get through your film, something to go back to if you ever get lost or lose focus. So we’ll put a title for our film up here in the space provided. We’ll call it “Duck.” And we’ll go in here to our first shot, and we’re going to decide that our first shot is just the water. So we see the line here for water, and we could put a little sun in the sky because maybe the sun is out. And we’ll number this shot 1, and maybe it’s going to be the same shot, so we’ll call it 1A. And we’ll say “Water Peaceful,” if you want to describe the mood. Again, it’s up to the director. It’s up to the person making the storyboards how they choose to do it. In shot 1B, our duck will begin to come into the frame.

So we’ll draw just the head of the duck coming in there, and maybe a little arrow pointing to show that the duck is moving. “Duck enters.” It’s the same shot, sort of the third part of it. The duck has fully arrived, and we show that he’s arrived. “Duck quacks.” And we make little lines. That’s a symbol to show that he’s quacking. It’s a simple drawing, but if I were to try and animate this sequence, I would know where to begin and how to move through it. So making a storyboard is a great way to plan out your animation.

How To Make Chicken Teriyaki

Turn a Bookshelf into a Dollhouse

How to Seal Grout

How to Clean Suede Slippers