How to turn words QUEEN into Queen Elizabeth II 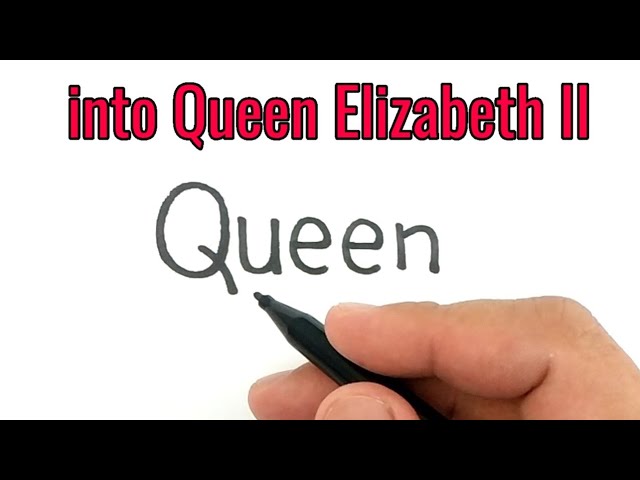 Elizabeth II (Elizabeth Alexandra Mary; 21 April 1926 – 8 September 2022) was Queen of the United Kingdom and of the other Commonwealth realms from 6 February 1952 until her death in 2022. She was queen regnant of 32 sovereign states during her lifetime and 15 at the time of her death.[a] Her reign of 70 years and 214 days is the longest of any British monarch and the longest recorded of any female head of state in history. his son prince charles 3 became the king , with his first wife princess diana , he have 2 son prince harry and prince william .

How to Draw a PIZZA Christmas Tree! 🍕🎄 Cute Pun Art

How to Draw Wednesday from Addams Family

How to Draw a Yeti Easy | Cute Abominable Snowman

How to Draw a Wolf Easy | Cartoon Animal

How to Draw Cinnamoroll Easy | Sanrio

How to Draw Kuromi Easy | Sanrio

How to Draw Ariel The Little Mermaid ⭐️ NEW

How to Draw an Ice Cream Popsicle Easy