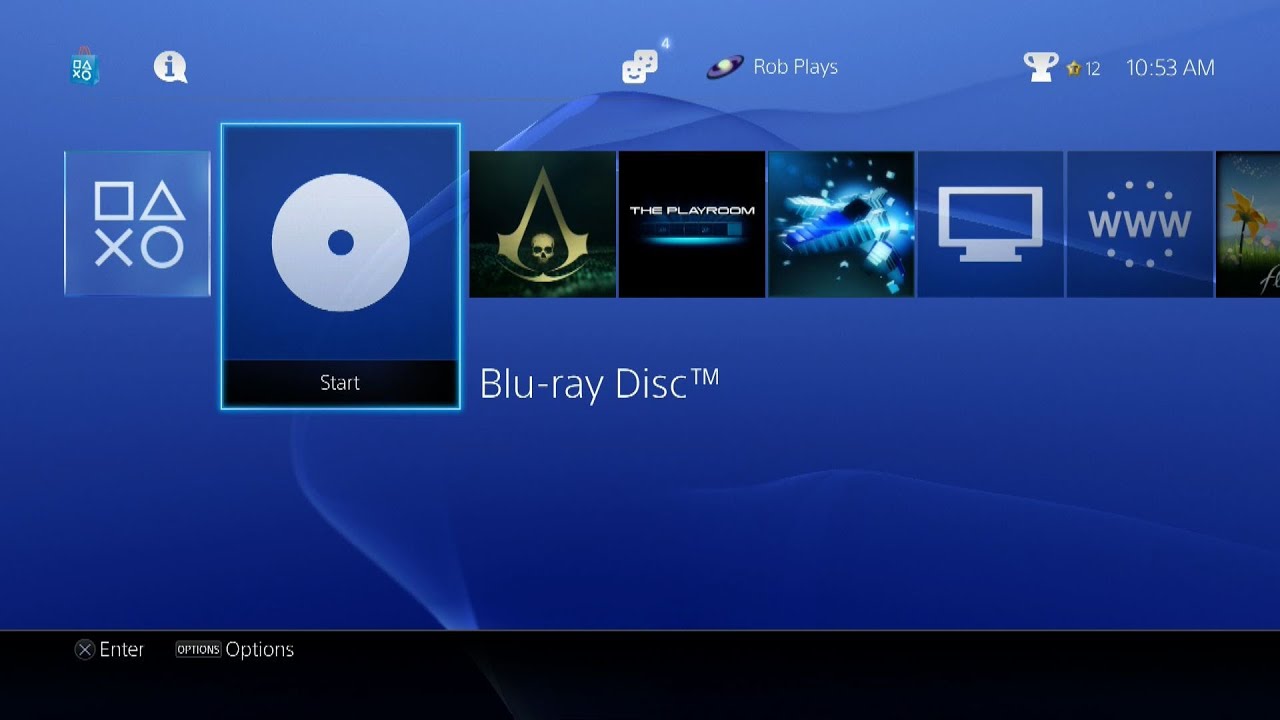 Does Being Cold Make You Sick?

So how do you play Blu-rays on the PlayStation 4? That’s actually a really simple thing to do. Um, aside from the obvious step of putting the Blu-ray into the PlayStation 4. You’re going to go to your Dynamic menu.

And the great thing about the Dynamic menu is that it’s dynamic. What that means is it’s going to readjust the menu based on what you’re doing so that you do not have to navigate at all. Or at least not a lot. So, I put in a Blu-ray disc right here and it obviously– It just moved the Blu-ray disc Start button all the way to the front of the menu, so I don’t have to go looking for it. All I have to do is hit Start.

Now, when you put in a Blu-ray disc for the first time, it’s going to ask if you would like the PlayStation 4 to connect to the Internet while it is playing. Some Blu-rays have like these Internet features that pop up while the movie is playing, so if you want to go ahead and utilize that, then you’re going to want to hit yes. And then just sort of like any other player out there, it’s just going to load up the movie and you’re going to use the PlayStation 4’s Dualshock 4 controller to navigate through the movie. And then, uh, I guess the first time you’re loading it up, it’s going to give you a button guide so at least you know what does what with the Dualshock 4 controller while you’re you know, navigating through the film. And then it’s just going to load you into the menu like any other sort of media player, and you get to enjoy whatever film you’re watching on Blu-ray.

How To Reattach An Original Jeans Hem

Hands-On with the DJI Phantom 4 Drone

How to Get Rid of Bats