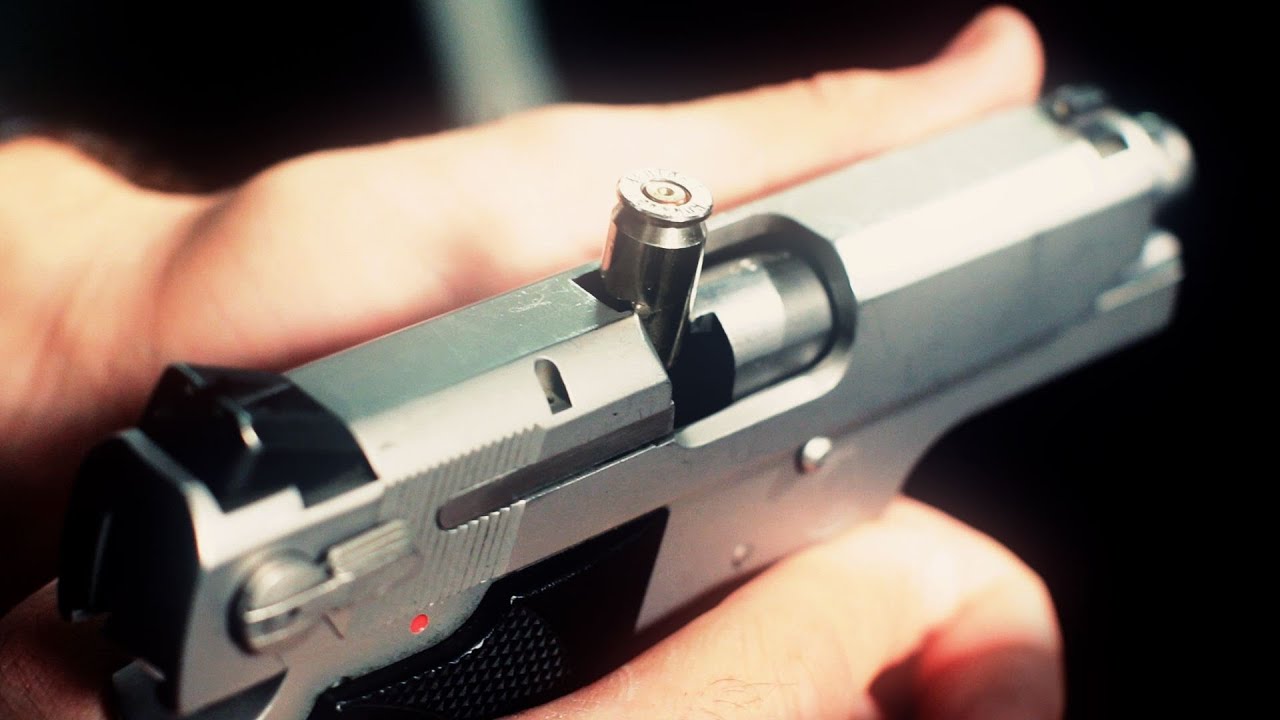 Today, we’re going to talk about some common jams in semi-automatic pistols and how to clear them. The first jam clearing drill we want to talk about is you pull your weapon out, you go to fire and nothing happens. Okay, the first thing you do, tap the bottom of the magazine to make sure that the magazine is properly seated and rack the gun and then fire.
That right there is going to clear most of your common jams.

When you pull your magazine out, you’re going to work the slide a couple times to make sure you clear any rounds that are left in the chamber. You’re going to reinsert your magazine and rack it again. From there the gun fires as normal, locks back showing the gun is empty.

The third common jam you’re going to come across is which is called a stove pipe. A stove pipe is when you have either a spent casing or a live round which is half ejected from the ejection port, sticking out of the gun like this and it’s preventing the slide from going forward. So, once again, you’re firing, the gun stops firing, you’re going to look and see what you have. You look at the gun, you see the stove pipe and you’re going to remove the magazine and work the gun several times making sure to clear the jam. Put your magazine source back in and rack the gun and continue firing. That is how to clear the three most common jams you’re going to come across while firing.

How to Choose & Use a Significator Card | Tarot Cards

How to Draw a Throne

How to Run in Cold Weather | Running

How to Juice to Lose Weight