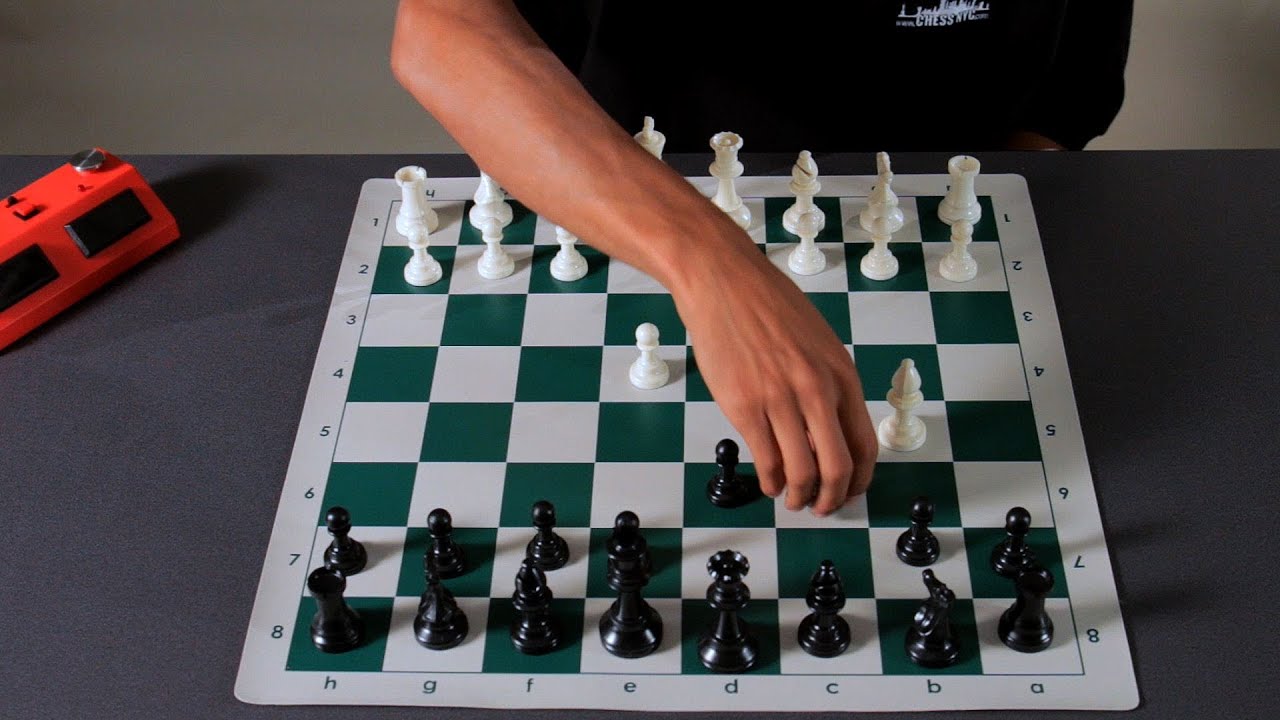 Let’s say white does E4, maybe the most common opening in chess. Black
goes E5. Now, the most logical and probably the most expected continuation
is knight to F3. Why? Because, we need to develop our pieces, our bishops
and our knights immediately. So why not develop the knight that attacks
black’s central pawn.

Now, this could be defended in a few ways. We could go, for example,
bishop D6, but that not something you are likely to see a strong player do
because you’re blocking your queen’s pawn and, therefore, your queen’s
bishop. And, it’s just creating space problems for no reason.

We could go queen to E7, but that’s not really logical because you’re
blocking your king’s bishop which needs to be developed.

So, the most common way to defend this E5 pawn and not fall behind in
development would be knight to C6, keeping up with white in development and
simply defending your E pawn. Now of course, if white were to make the
absurd move of knight takes pawn, black would go knight takes knight and
would be winning the game, immediately. But, white’s not going to make
that terrible mistake. They’ll probably develop the bishop to C4 for the
Italian game or B5 for the Spanish game, or maybe knight to C3 for the
Scotch game. But, that’s an example of how to defend a pawn and how to use
some basic principals in choosing how to do so.

Another quick example would be if I start with E4 and let’s say black goes
D6, which would be the beginning of the Pirc Defense or perhaps any number
of other defenses, if I go bishop B5 check, a check I don’t personally
recommend, it could be blocked in any number of ways. We could block with
the queen. That would be a terrible move, losing the queen for absolutely
no reason, and subsequently losing the game.

We could block with the bishop, which is pretty good because then if I go
bishop takes bishop, I’m giving black the opportunity to develop their
knight. Or, I could just go C6 and deflect the bishop, which is now
retreating and maybe is going to get hit again with B5 and will have to
retreat to B3 and so on.

But the point is, this initial check, bishop to B5 can be blocked in any
number of different ways. It can be blocked with the pawn, the bishop, the
queen, which would be awful. Oh, and the knight, which I didn’t mention
before. Knight to C6. Knight to D7. So, there’s any number of ways to
defend this position.

And, a big part of being a chess player is deciding which is the best way
to defend. So, I would just recommend C6; make white retreat his bishop.
Those are the most basic of the basics when it comes to attacking and
defending.

How to Use a Stippling Brush | Makeup Tips

How To Properly Decorate a Christmas Tree

How to Clean a Microwave | The Home Depot

How to Clean Kitchen Cabinets

How to Take Care of a Budgie

What Is Interference of Light?