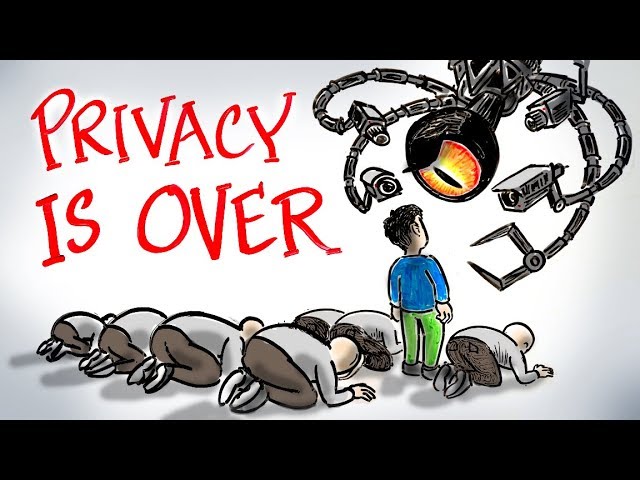 If you want to protect your privacy online then a VPN is critical. Visit https://NordVPN.com/afterskool to get 77% off a 3 year plan and use code: AFTERSKOOL

The average American spends a over 30 hours a week on the internet. Every second you are online, your behavior is being tracked and stored into a file that can be sold to companies trying to sell products to you. Even when you’re not online, your phone is listening. In this age of technology, privacy seems to be something of the past. There is an illusion that the internet is free, but the fact is your personal information is worth a lot, and you end up paying dearly for it in the end.

To most people, the lack of privacy doesn’t seem like a big deal. Constant surveillance goes hand in hand with the internet. Only 3% of people who use google have actually read the terms and conditions that they agreed to. There is a sentiment today that only “bad people” want privacy. Only those with things to hide care about privacy. But the fact of the matter is we all do things when we think we’re alone that we would never do out in public. There are things we say to those we trust in confidence that would mortify us if they were got out.

When we’re in a state where we are being monitored our behavior changes. There are plenty of social science experiments to back this up. One the most famous experiments was developed by an English Philosopher named Jeremy Bentham in 1791. At the time, prisons in England were overcrowded and there weren’t enough guards to keep order. So Bentham designed a new type of prison structure, called the panopticon, which allowed all inmates to be observed at all times by a single guard. In the panopticon prison, every inmate was separated into a cell that faced inward towards one guard tower. The guard in the tower sat in the dark and stared out through a tiny window which was covered with shutters; so the guard could see out and no one could see in. Since the inmates could not see the guard in the tower, it created the illusion that they were being watched at all times. This design had such a profound impact on the inmates behavior, that all riots and resistance ceased. Just knowing that they were visible was enough to keep the inmates in line. In fact, In order for this to work, they didn’t even need a guard in the tower. All that was needed was the fear of potentially being watched at all times.

constant surveillance creates a prison in the mind. The panopticon proved to be the ultimate enforcer of obedience and compliance and this same principle has been carried over to schools, hospitals, airports, the workplace and now practically every public corner of society.

To those in authoritative power, Anyone who poses a meaningful challenge to authority must be stopped. So Essentially, If you completely render yourself harmless and conforming in every way possible as someone who poses no threat whatsoever, then you have nothing to worry about. .

Here’s a powerful quote from 19th century philosopher, Rosa Luxemburg “Those who do not move, do not notice their chains.”

Maybe not today, but someday you will want to explore an idea that doesn’t conform to the ever narrowing standards of society and when that time comes wouldn’t you like the freedom to act without being judged or surveillanced. Privacy is a basic human right.

Special thanks to Glenn Greenwald. The script for this video was primarily adapted from his powerful TEDtalk. Full 20 minute speech can be seen here https://www.youtube.com/watch?v=pcSlowAhvUk&t=916s

How do steroids affect your muscles— and the rest of your body? – Anees Bahji

Why The Speed Of Light* Can’t Be Measured

Can you outsmart a troll (by thinking like one)? – Claire Wardle

What if there were 1 trillion more trees? – Jean-François Bastin

Can you outsmart the fallacy that started a witch hunt? – Elizabeth Cox

Do You Expand With The Universe?