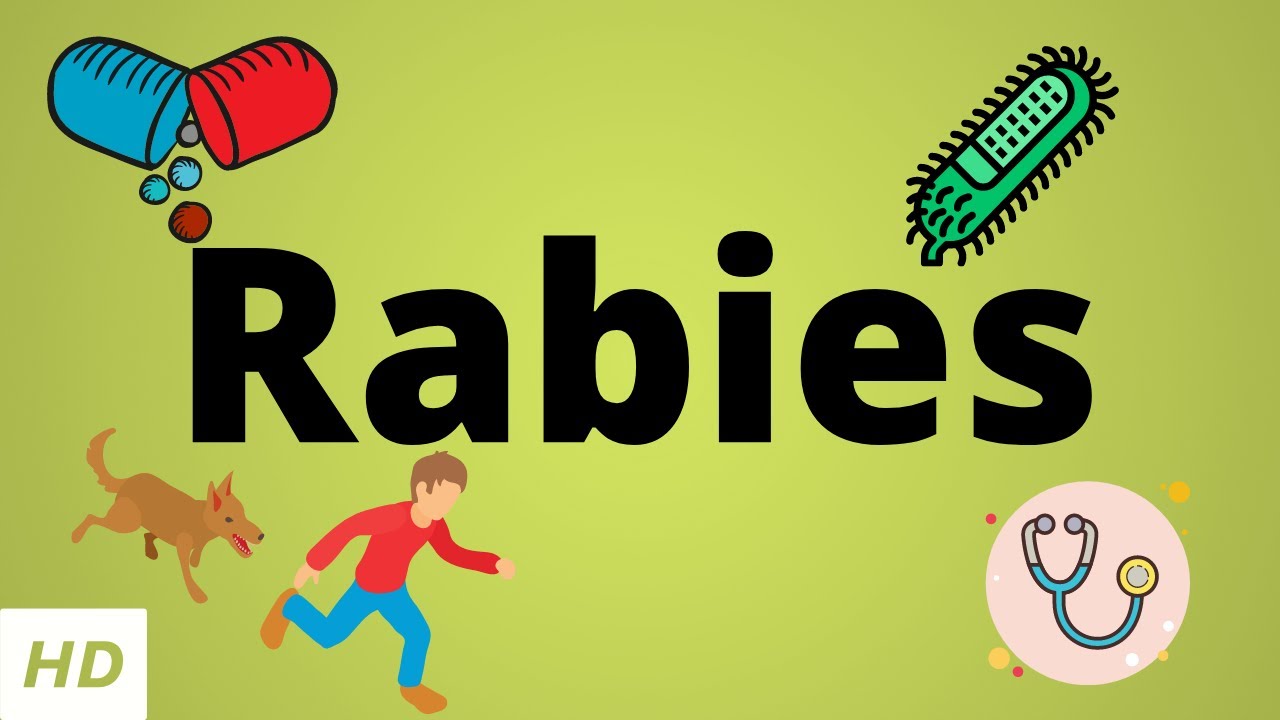 Rabies is a viral disease that causes inflammation of the brain in humans and other mammals.[1] Early symptoms can include fever and tingling at the site of exposure.[1] These symptoms are followed by one or more of the following symptoms: violent movements, uncontrolled excitement, fear of water, an inability to move parts of the body, confusion, and loss of consciousness.[1] Once symptoms appear, the result is nearly always death.[1] The time period between contracting the disease and the start of symptoms is usually one to three months, but can vary from less than one week to more than one year.[1] The time depends on the distance the virus must travel along peripheral nerves to reach the central nervous system.[5]

Rabies is caused by lyssaviruses, including the rabies virus and Australian bat lyssavirus.[3] It is spread when an infected animal bites or scratches a human or other animal.[1] Saliva from an infected animal can also transmit rabies if the saliva comes into contact with the eyes, mouth, or nose.[1] Globally, dogs are the most common animal involved.[1] In countries where dogs commonly have the disease, more than 99% of rabies cases are the direct result of dog bites.[6] In the Americas, bat bites are the most common source of rabies infections in humans, and less than 5% of cases are from dogs.[1][6] Rodents are very rarely infected with rabies.[6] The disease can be diagnosed only after the start of symptoms.[1]