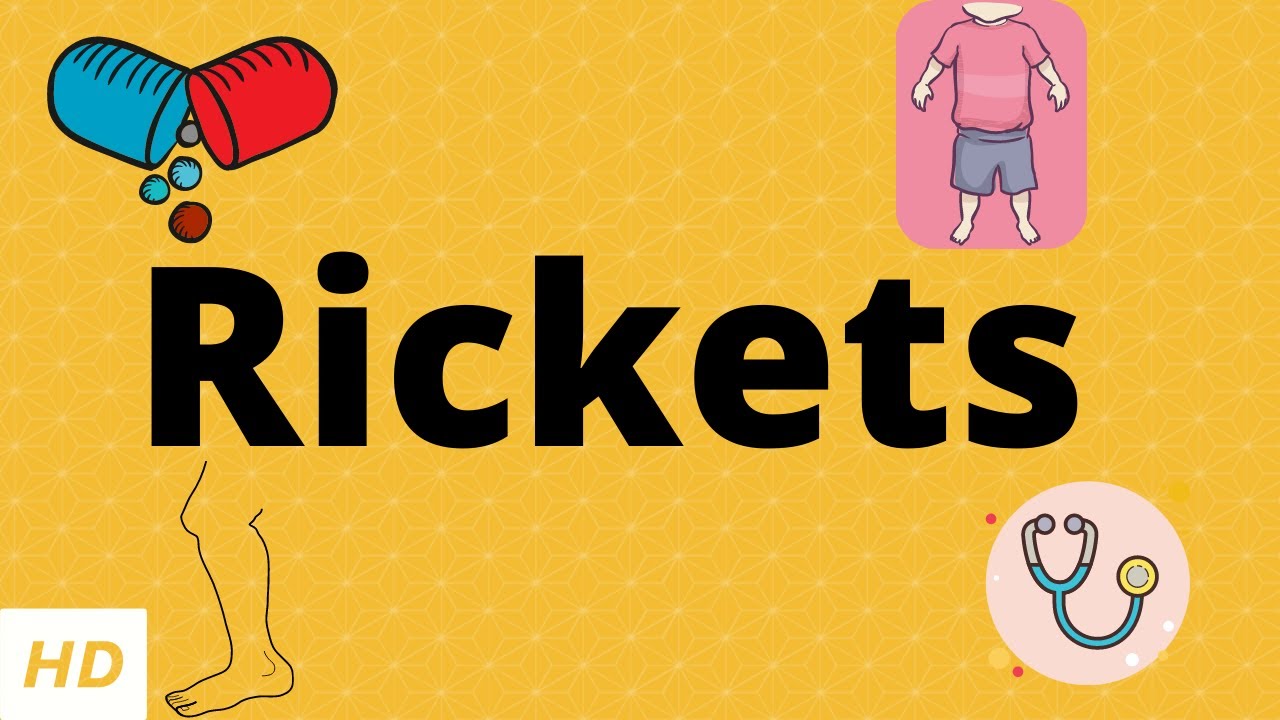 Rickets is a condition that results in weak or soft bones in children.[2] Symptoms include bowed legs, stunted growth, bone pain, large forehead, and trouble sleeping.[2][3] Complications may include bone fractures, muscle spasms, an abnormally curved spine, or intellectual disability.[2][3]

The most common cause of rickets is a vitamin D deficiency.[2] This can result from eating a diet without enough vitamin D, dark skin, too little sun exposure, exclusive breastfeeding without vitamin D supplementation, celiac disease, and certain genetic conditions.[2][3] Other factors may include not enough calcium or phosphorus.[4][5] The underlying mechanism involves insufficient calcification of the growth plate.[6] Diagnosis is generally based on blood tests finding a low calcium, low phosphorus, and a high alkaline phosphatase together with X-rays.[2]

Prevention for exclusively breastfed babies is vitamin D supplements.[5] Otherwise, treatment depends on the underlying cause.[2] If due to a lack of vitamin D, treatment is usually with vitamin D and calcium.[2] This generally results in improvements within a few weeks.[2] Bone deformities may also improve over time.[5] Occasionally surgery may be performed to correct bone deformities.[7][3] Genetic forms of the disease typically require specialized treatment.[5]

Rickets occurs relatively commonly in the Middle East, Africa, and Asia.[4] It is generally uncommon in the United States and Europe, except among certain minority groups.[3][4] It begins in childhood, typically between the ages of 3 and 18 months old.[3][4] Rates of disease are equal in males and females.[3] Cases of what is believed to have been rickets have been described since the 1st century,[8] and the condition was widespread in the Roman Empire.[9] The disease was common into the 20th century.[8] Early treatments included the use of cod liver oil.[8]