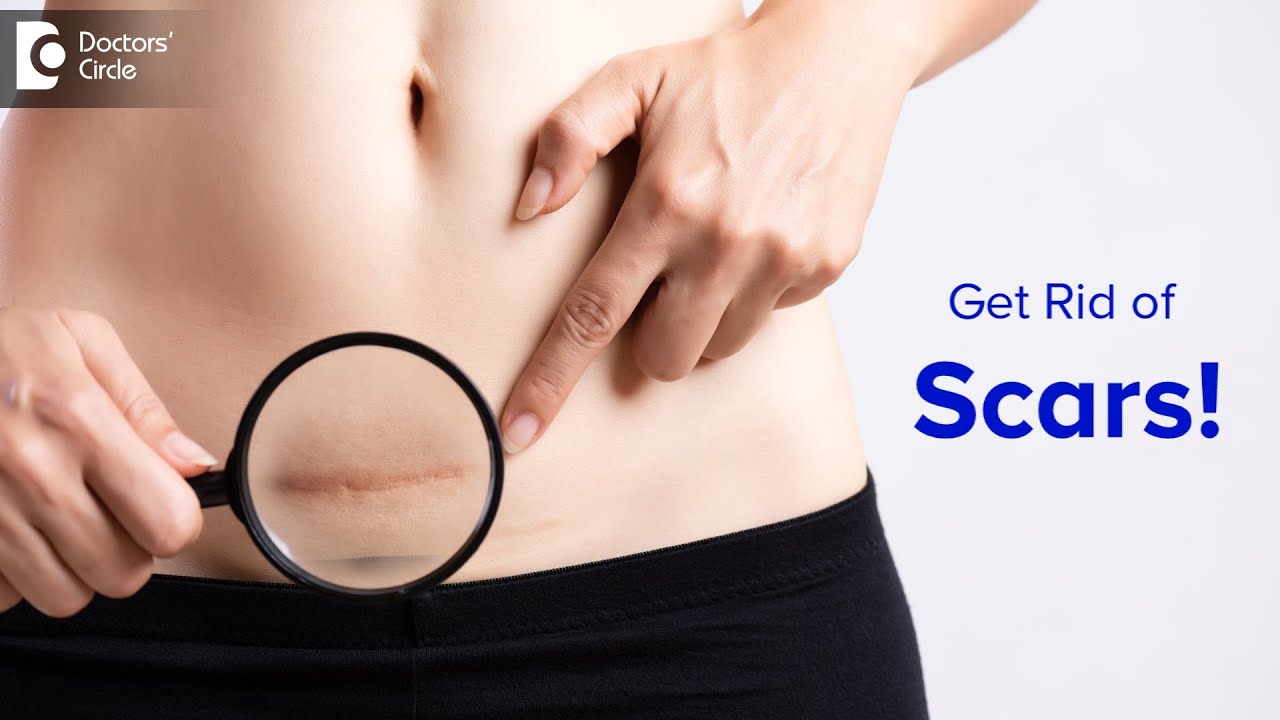 Scars are visible signs that remain after a wound heals. They are obvious and they are result of plastic surgery and other surgical procedures. Poor wound healing can sometimes give rise to obvious and disfiguring scars. Ther are various types of scars, there are surface discolouration and texture change, there can be hypertrophied scars. thick roppy, clusters of collagen formation can happen at surgical site. It can also give rise to a keloid, and it becomes bigger than a hypertrophied scar. It might come outside the boundary of surgical scar and can sometimes become painful and itchy. They can also be a contracture band which forms like a tightening band and which restricts movement of anatomical part. Surgical scar revision attempts to minimise scar and minimise visibility and blend the scar with natural surrounding skin tone and texture. There are various scar treatments, Topical Treatment, Second modality being minimally invasive procedure, the third modality being Advanced Skin Closure Techniques or Scar revision Surgeries. The topical Modalities are in the form of ointments such as Sunscreens, Aloe Vera Gels, Anti Scar gels contain hyaline, allantoin, heparin to make the scar look supple and malleable and less visible. There are certain tapes such as steristrips which prevent scar from stretching and there are certain external compression garments like silicon gel shades and skin tightening vests which prevent the scar from becoming hypertrophied and keloidal. There are injectable treatments to make a depressed scar look better. We either inject a dermafiller to make the scar look better and there are few steroidal based compounds which can make the scar melt away by repeated injections. The various surface treatments available for scar are one like Dermabrasion which is called mechanical skin polishing, second modality being light or laser therapy which helps in formation of new rejuvenated skin, the third treatment being chemical peel where the chemical peel penetrates the skin to make even the surface irregularities and texture. The fourth being skin bleaching agents which lightens the skin tone and colour. In scar revision surgeries we close the incisions after excision of the scar in layered closures, like we close the epidermis, dermis and subdermal layers using absorbent or non absorbent sutures. In advanced scar revision surgeries we have various surgeries like complex flap procedures where the scar is re positioned using healthy tissue. We also use techniques like W plasty or Z plasty where a linear scar is broken into broken scar where if light falls on a linear scar it is more visible. Where as when light falls on a broken scar it is less visible. Few other modalities like Tissue expansion also there where healthy skin is expanded and scar is excised. This healthy skin is shifted to scar area. There is also pharmaceutical tissue substitute like integra and collagen which is sometimes used in scar revision.
#scarremovalsurgery
#scarremovalcream
#scartreatment