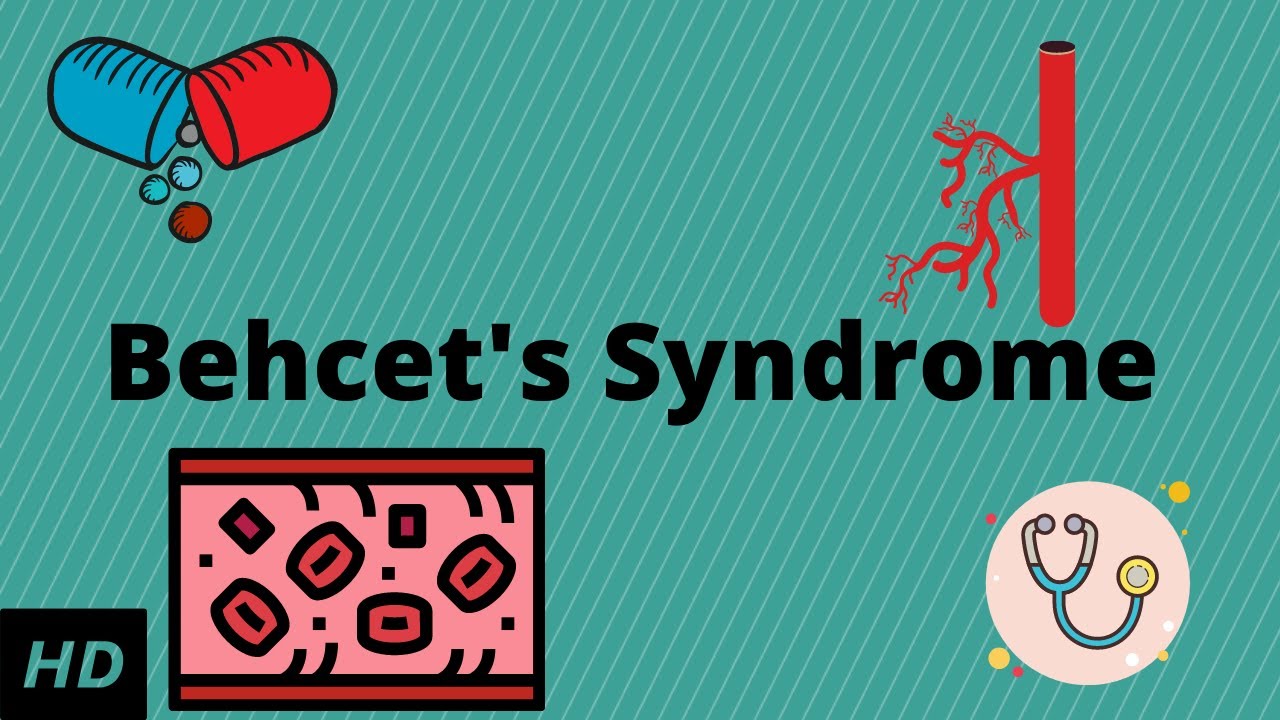 Behçet’s disease (BD) is a type of inflammatory disorder which affects multiple parts of the body.[1] The most common symptoms include painful mouth sores, genital sores, inflammation of parts of the eye, and arthritis.[2][1] The sores typically last a few days.[1] Less commonly there may be inflammation of the brain or spinal cord, blood clots, aneurysms, or blindness.[2][1] Often, the symptoms come and go.[2]

The cause is unknown.[2] It is believed to be partly genetic.[1] Behçet’s is not contagious.[2] Diagnosis is based on at least three episodes of mouth sores in a year together with at least two of the following: genital sores, eye inflammation, skin sores, a positive skin prick test.[2]

There is no cure.[2] Treatments may include immunosuppressive medication such as corticosteroids and lifestyle changes.[2] Lidocaine mouthwash may help with the pain.[1] Colchicine may decrease the frequency of attacks.[1] The condition often improves with the passage of time.[1]

While rare in the United States and Europe, it is more common in the Middle East and Asia.[1] In Turkey, for example, about 2 per 1,000 are affected.[1] Onset is usually in a person’s 20s or 40s.[2][1] The disease was initially described by Turkish dermatologist Hulusi Behçet in 1937.[3]