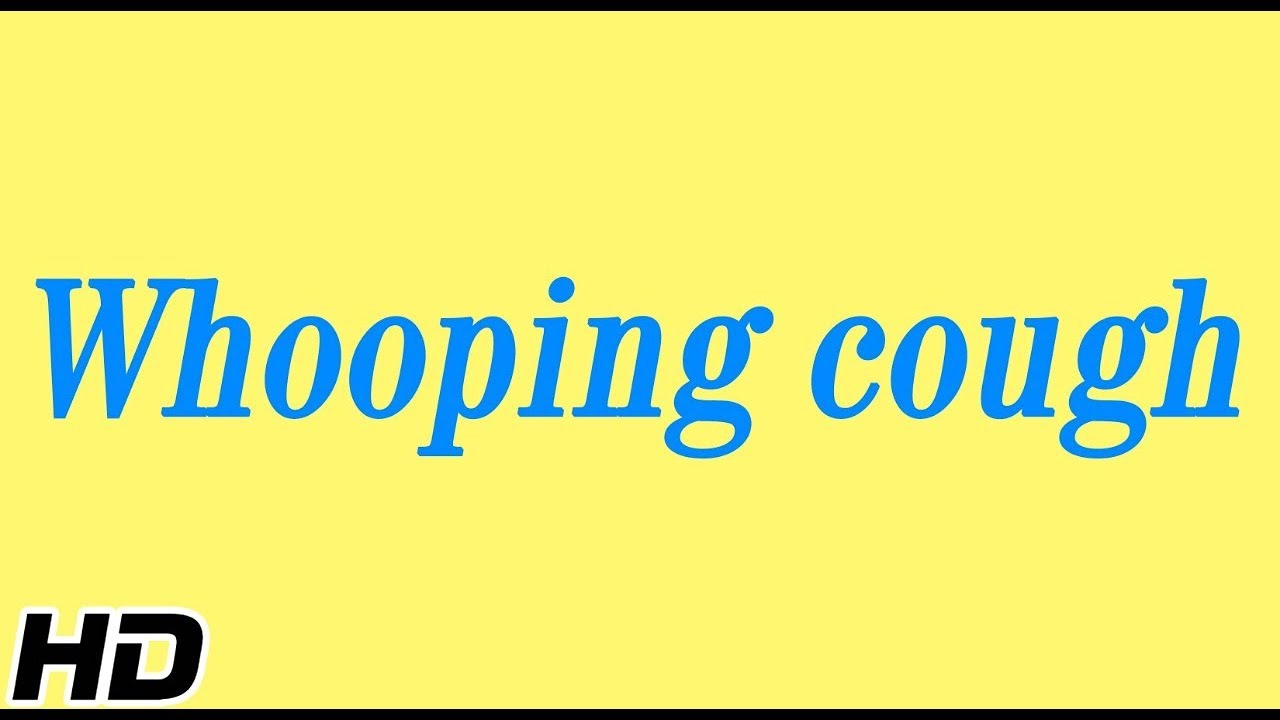 Whooping cough (also known as pertussis or 100-day cough) is a highly contagious bacterial disease.Initially, symptoms are usually similar to those of the common cold with a runny nose, fever, and mild cough.This is followed by weeks of severe coughing fits.Following a fit of coughing, a high-pitched whoop sound or gasp may occur as the person breathes in.The coughing may last for 10 or more weeks, hence the phrase “100-day cough”.A person may cough so hard that they vomit, break ribs, or become very tired from the effort. Children less than one year old may have little or no cough and instead have periods where they do not breathe.The time between infection and the onset of symptoms is usually seven to ten days. Disease may occur in those who have been vaccinated, but symptoms are typically milder.

Pertussis is caused by the bacterium Bordetella pertussis.It is an airborne disease which spreads easily through the coughs and sneezes of an infected person. People are infectious from the start of symptoms until about three weeks into the coughing fits. Those treated with antibiotics are no longer infectious after five days.Diagnosis is by collecting a sample from the back of the nose and throat.This sample can then be tested by either culture or by polymerase chain reaction.

How To Handle A Narcissistic Person

Why we shouldn’t cross our legs! 5 reasons!

5 Surprising Ways To Get A Girl To Like You

Which Onion Is The Healthiest?

How To Live Happily

What can be done for brown burn marks on face due to hot wax? – Dr. Surindher D S A

How to Flush Gallstones Naturally

INSTANT RELIEF! How to Treat a Pinched Nerve. Physical Therapy Ex. And Tips

3 Must Know Facts About Visual Floaters!

How To Manage Constipation

This is Why You Should Drink Chamomile Tea Every Day